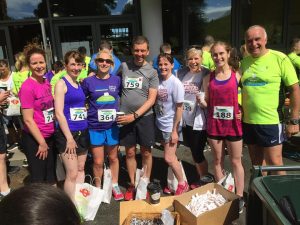 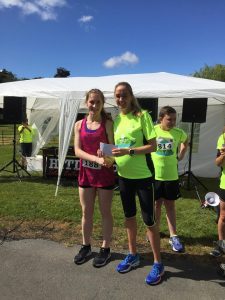 Second lady home was Gemma Treacy in a fantastic time of 20:37, smashing her PB. Her consistent training is obviously paying dividends. Gemma was followed by Emily Ennis in 24:24, Mella O’Neill in 25:37, Sinead McNamara in 28:21 and Emer O’Keefe in 29:18. Well done ladies, some great running. 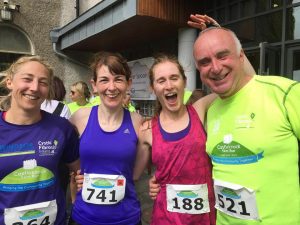 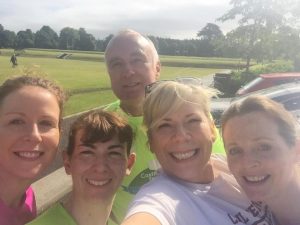 Our men were also represented with Gareth Horgan first home in 18:33. Great running from Gareth. Next home was club newcomer William Beausang in 19:58. Well done William. Nick Devery finished in 20:37. Brian Corr was next in 25:03, followed by John Murphy in 25:49. Well done gents! 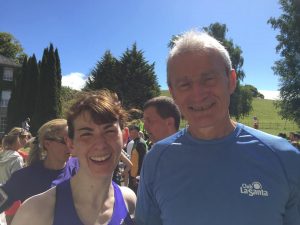 Brian and Sinead used the opportunity to lobby our taoiseach. 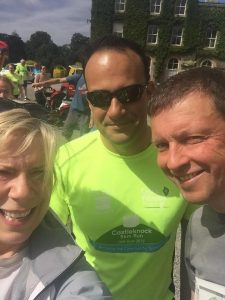 Judging by his time I think Leo could do with a few rounds of the polo grounds!

Given the good reports from everyone racing yesterday it sounds like the race may become and annual event for the club. Special thanks to our roving reporter Sinead for the photos!

Good luck to everyone racing in Dunshaughlin next week. Registration is still open for anybody interested.