What better way to ring in the year than taking part in a lung-busting 5k race? A few hardy souls from the club decided to do just that by taking part in the Tom Brennan 5k in the Phoenix Park on New Year’s day. The route is made up of 2 triangular laps, starting and finishing on the Furze road.

It was an all-male affair on the day with 7 of our men taking part. First across the line was Paul Cowhie. His time of 16:49 placed him first in his age category and 21st overall. Well done Paul. Next home was Bernard Duggan, finishing in 17:18 and 29th overall. Great running from Bernard. Bernard was followed by Noel Ryan in 18:45, narrowly missing out on third place in his age category. Keith Farrell had another great run, finishing in 20:37. Next was Bren Farrell in 24:36. Great to see Bren back racing. Bren was followed by John Murphy in 25:22 and Paul McEvoy in 29:18. Great running guys. 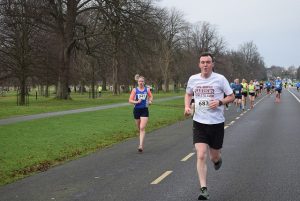 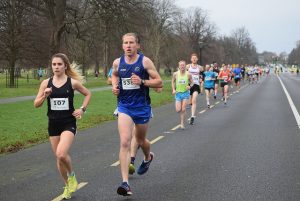 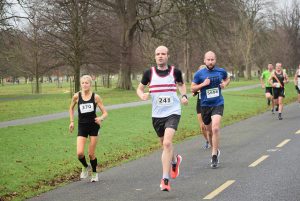 The men’s team of Paul Cowhie, Bernard and Noel placed fourth overall, a great result considering the depth of the field on the day. Well done guys!